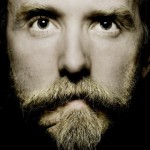 It’s been hardly a year sinсe Varg Vikernes’ release from prison and he is already done with the new BURZUM LP. This man was there when black metal as we know it took shape. Varg kindly agreed to give an exclusive interview for Metalscript.net answering questions on art and his relations with the world, and in particular – shedding some light on his latest “Belus” LP, to be released on March, 8.

When I’ve been to Norway I was surprised that almost everyone knows who you are. Doesn’t it contradicts your image of an underground musician? How do you feel being one of the most famous Norwegians?

I don’t think I have an image of being an underground musician. I have an image of being an uncompromising musician, and I am well known in Norway partly because of that. Oh, and I am not very famous in Norway. I think “infamous” is the word we are looking for… and I don’t too much think about it. I live an isolated life, and I rarely meet others.

I know that you are not a big amateur of communication with people, but I think a lot of people identify you on the streets, doesn’t them? What do you usually do in that case?

My name is well known, but my image is not, because the image presented to the public is very twisted and far from reality. So, not many recognize me on the street. And I don’t usually walk around in the streets either. I live on my farm in a rural area.

Are there many distinctions between the image of “scary and mean Count Grishnakh”  in mass media and real person of Varg Vikernes?

Yes. I am much scarier in real life, because I am – unlike the picture most have of me – real. :-)

Different groups focus on different aspects, so Christians know me for my hostility towards their Jewish religion, metal fans know me for my music, and so forth. My fame stems from music. My infamy from other things…

What is usual reaction of society on you – positive or negative? Have you ever met the occasions of sincere hostile relation to you?

Almost all the individuals I have met have been very positive from the start or became very positive after a short while, and I have not met any sincere hostility for a very long time. Most are surprised to find out that I am nothing like the media-version of me, and I am happy to tell that they all are positively surprised. They expected a complete psychopath, so I guess that’s no wonder.

I would say: “Don’t trust your so-called friends; they will betray you.” They did.

If your name gets to history schoolbooks what definition would you like to see? How do you think – will people build a monument to you after your death?

Actually, my name has reached Norwegian school books, and they present me as a vile church burning Satanist. But what else can I expect from this rotten regime? I am not concerned about my posthumous fame. Monuments are no good to the dead.

What kind of phenomenon do you think Burzum is first – musical or cultural one? Is the primary object of your creation music or your ideas?

Isn’t music culture as well? To me ideas are more important than music on an intellectual level, but on an emotional level music is more important.

You often said that you are not nazist but your music is popular against nazists. How can you explain this? What can you say about musicians who think that political idea is primary an music is only an instrument to spread their ideas?

The ideas on the Burzum albums aren’t Nazi, but I think my music is popular with Nazis because they too feel ostracized and alienated in their own countries, and because I too have racist views, so we have much in common. Burzum has Israeli fans too, by the way, but does that make me a Jew? I have female fans too, but I am not them, so it does not make me female… I am not my fans. I am me, and I think it is okay for anyone to like anything. I welcome Nazis to like my music as much as I welcome you to do so.

When have you started to create material for Belus – during your imprisonment or after the liberation?

Before, during and after.

What shall we wait from Belus – return to your raw black metal past works such as Det Som Engang Var or continuance of your latest ambient works like Hli?skja’lf?

Something similar to Hvis Lyset tar Oss and Filosofem, I think.

Why have you decided to change font of band’s name and traditional Kittelsen’s art for cover?

The font was changed because I grew tired of the old one, basically, but you can read more about that on www.burzum.org, if you want the whole story.

In your interview for your official site you’ve said “Further, some things have no expiration date, meaning they are as valid today as they were thousands of years ago, when they were created. Many of our myths fall into that category, including the myth about Belus/Baldr.” Explain please why do you think this myth is so important? What do you mean telling the Belus’ myth to the listener?

Ah, my Belorussian friend, you should not ask an artist about the meaning of his or her art. It is for you to interpret, if you care to, or for you to enjoy if you don’t care what it means. I will not force some “true” meaning down your throat.

What is the teaching role of Scandinavian mythology in your opinion? Give examples please?

It teaches us about our own culture, our ancestors and their beliefs, and enables us to understand what we are today, why we are like this and how we got here.

All the Burzum’s music you play yourself. Can you play any other instruments non-used in your albums? Have you learnt to play yourself or somebody taught you?

I am autodidact. Well, I can play a few other instruments as well, but only poorly. I am first and foremost a guitarist.

What can you say about contemporary Black Metal scene and new streams of Black Metal such as Post-Black metal like icelandic Solstafir and Suicidal-Depressive Black Metal like swedish Shining and Silencer or american Xashtur? Your album Filosofem is considered as first suicidal-depressive black metal album – your comments?

Not much to say. I don’t know anything about this. I have not paid any attention to the metal scene at all the last 16 years. I had other concerns.

In general – what do you think became better in music and what became worse since the time you’ve started playing? What music do you like to listen? What are you listening now?

I don’t know what is better or worse now, because I haven’t paid any attention. I still listen to The Cure, Das Ich (Die Propheten), Dead Can Dance (Within the Realm of a dying Sun), Depeche Mode, Tchaikovsky (Swan Lake and The Nutcracker in particular) and other classical music, balalaika, old German and Soviet marches, Lillebj?rn Nilsen and New Order. I am very conservative when it comes to music, and tend to stick to what I already know and like.

Which musician would be able to persuade you to make a common music project?

Maybe the beautiful Madame Death herself. None else.

If you want to play another kind of music – will it be played as Burzum or will you create another project for this? Do you have any musical plans?

No, I have no such musical plans, but if I did I would do it under a different name.

A jocular question. Your Belus is coming at the 8th of March. In Belarus and some other countries this day is considered a women holiday. Would you mind your album to be considered a present to all your female fans and your female relatives?)

The 8th of March is in Norway a terrible Communist celebration, where the most vile and rabid feminist extremists express their self-loathing and hatred for men in public, with silly speeches and poorly made banners, so I only hope my album will ruin the day for them… …and I don’t hope any female Burzum fans participate in this left-wing menagerie. I was hoping they would be better than that.

My album is a present to all Burzum fans though, and of course to females in particular, , regardless of it’s release date.

7 comments on “Varg Vikernes: I am much scarier in real life… because I am – real.”Add yours →